Movie Playlist: The End of the World

My movie playlist on “The End of the World: Apocalypse from the Margins” was just published on the Media Playlists Website of The Centre for Screen Cultures at St. Andrews here.

The apocalypse has always been a popular scenario in science-fiction film. Yet the circumstances bringing about the end of the world on the big screen have continuously changed along with the shifting threats and fears human society has faced throughout the 20th century.

In the early 21st century, the end of the world increasingly feels imminent in a way it rarely did before. As climate change researchers predict impending environmental collapse, political crises bring about the implosion of seemingly stable nation states, and a global pandemic exposes the pressure points of countries across the globe, the end of the world is no longer just a figment of imagination, a mediated spectacle brought about by an alien invasion.

This ubiquitous undercurrent of catastrophic doom has also brought forth new cinematic narratives and images. Hollywood tales of the hypermasculine white hero singlehandedly saving the day, the world, and his estranged wife and children, are increasingly replaced by transcultural dystopian visions of disenfranchised and marginalized people fighting for survival and resources as the world around them slowly dies.

This playlist is dedicated to the smart and lovely students in my 21st-century Sci-Fi Film class at BGSU in Spring 2020, who set forth to study contemporary science fiction and got to realize, as the semester went on, that what we had approached as examples of speculative fiction had somehow become reality.

The Encyclopedia of Sexism in American Films, edited by Erica Joan Dymond, Kristina Fennelly, and Salvador J. Murguia, was released in late 2019 by Rowman & Littlefield.

I’m proud to say that I am represented in the volume with two contributions on “The Hateful Eight” and “Ghostbusters (2016)”.

Honored to have been interviewed for this exciting article on the broad range of “queerbaiting” strategies in different popular arts and media for the German-language feminist magazine BLONDE (#47, 2/19). 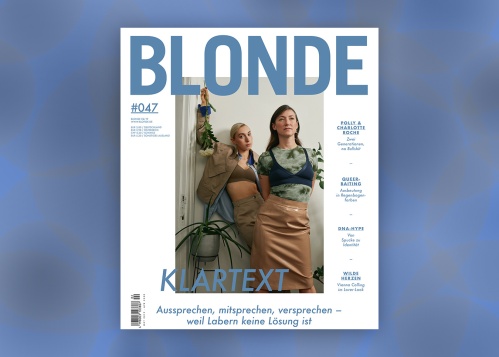 Netflix’ Post-Racial Utopias: Diversity, Globalization, and Neoliberalism in Sense8 and The Umbrella Academy

I am delighted to say that I will be presenting my paper on “Netflix’ Post-Racial Utopias: Diversity, Globalization, and Neoliberalism in Sense8 and The Umbrella Academy” at the 2019 MPCA/ACA Conference (October 10-13, 2019 in Cincinnati, OH).

The recent Netflix originals Sense8 (2015-18) and The Umbrella Academy (2019) present strikingly similar utopias of post-racial queer communities. Both feature a diverse ensemble of characters with supernatural abilities born on the exact same day in different parts of the world. The shows were embraced by their audiences for their progressive representation of multiracial casts and their inclusion of canonically queer characters. However, in this presentation I argue that both Sense8 and The Umbrella Academy co-opt the political ideals of “queerness” and “diversity” for a neoliberal vision of globalization. The series prioritize Western notions of multiculturalism and sexual liberation at the expense of critical discourses on racial, cultural, and economic inequity. Ultimately, I argue that both series can be read as fictional manifestations of Netflix’ business strategy: the expansion of a globalized corporate network carried by global communities of affinity.

Black Masculinity, Violence, and Sexuality in The Magnificent Seven and The Hateful Eight

Following my move to Bowling Green State University, I am happy to say that I will be presenting at the 2019 Pop Culture Consortium Conference “Telling & Retelling Stories: (Re)imagining Popular Culture” at Wayne State University (March 1-3, 2019).

My paper carries the title “What we lost in the fire, we’ll find in the ashes:” Black Masculinity, Violence, and Sexuality in The Magnificent Seven and The Hateful Eight. 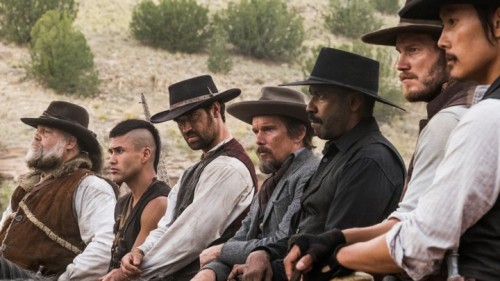 John Sturges’ 1960 classical Western The Magnificent Seven, itself a retelling of Akira Kurosawa’s The Seven Samurai (1954), is an entry in the archive of American popular culture that continues to be referenced, revisited, and revised – from the 2-season CBS adaptation (1998-2000) to Adam Sandler’s failed Western parody The Ridiculous 6 (2015). Two recent revisionist Western films likewise draw on the 1960s movie, to varying degrees: Antoine Fuqua’s 2016 Magnificent Seven is an obvious remake of the Western classic, while Quentin Tarantino’s Hateful Eight (released just one year earlier in 2015) only loosely references the film. Despite their distinct differences, the two films share one significant commonality: Both take place in the aftermath of the American Civil War and feature as their protagonist a Black bounty hunter. The decision of the auteur-filmmakers to introduce as the main character of their respective films not only a Black man, but one whose profession allows and requires him to mete out justice by means of physical violence, has to be seen as an interrogation and subversion of the traditionally white and often racist history of the Western genre. However, it also has to be understood as a commentary on the history of the Civil War and on contemporary race relations in the USA. In this presentation, I analyze how these two recent re-interpretations of the Western hero trope engage with questions of masculinity, race, sexuality, and violence. I argue that while on a surface level, Fuqua and Tarantino appear to have made similar choices in the development of their black protagonists, they offer radically different takes on the relationship between violence and Black masculinity. Fuqua’s Sam Chisolm (Denzel Washington) is modelled after the traditional Western hero who leads his diverse posse of outlaws and misfits with moral integrity and reason. Tarantino’s Marquis Warren (Samuel L. Jackson) on the other hand is a ruthless killer and sexual sadist set on taking revenge for past injustice. In my paper, I discuss the different visions the two films present with regard to the history and current state of US race relations, and argue that the directors’ racial backgrounds (Fuqua a director of color, Tarantino a white filmmaker) very much influence the portrayal – and possible interpretations – of their Black male protagonists.

As author of the article “A Questionable Bromance: Queer Subtext, Fan Service, and the Dangers of Queerbaiting in Guy Ritchie’s Sherlock Holmes and A Game of Shadows,” I was asked to participate in a panel on Queerbaiting and Transformative Fandom together with Lori Morimoto and Joseph Brennan by the creators of Three Patch Podcast.

Listen to the discussion here on the Three Patch Website! 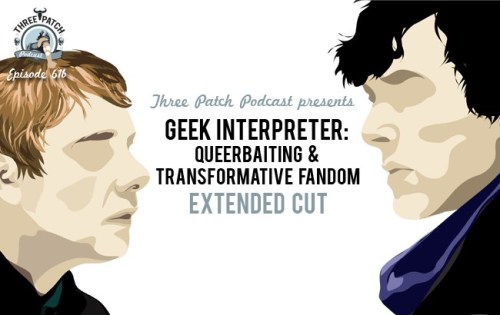 I am happy to report that the panel “Behind Bars: Global Mediated Representations of Incarcerated Women” I submitted together with Lauren DeCarvalho and Emily Hiltz was accepted by the organizing committee of Console-ing Passions 2017, which will take place on July 27-29, 2017 in Greenville, NC.
At this conference, I will be speaking about “Hinter Gittern – Der Frauenknast,” a popular German television show from the 1990s:

Mundane Life Behind Bars: The Subversion of Domesticity and Femininity in Hinter Gittern – Der Frauenknast (Behind Bars – The Women’s Pen)

For a decade, the television series Hinter Gittern – Der Frauenknast (Behind Bars – The Women’s Pen, 1997-2007) was an established name in German television, with steady ratings and a dedicated fan base. While scholars have mostly ignored it as trash TV in the past, this paper argues that the show deserves serious consideration for the ways it employed the repetitive (that is, the serial) structure of prison life, and the spatial restrictions of the prison environment to push the narrative structure of the classic soap opera genre to its extreme. The show used the prison setting to establish a stable framework within which characters and plots could develop without ever breaking the basic narrative premise: prison served as the microcosm showing a condensed, intensified version of everyday, mundane life. At the same time, the relocation of the female-oriented, often romance- and domesticity-focused soap opera genre into the ‘tough’ prison world allowed for the subversion of soap clichés, in particular the representation of female characters, including their motivations, backstories, and relationships. For example, Hinter Gittern offered complex representations of lesbian love and sexuality at a time when the mere acknowledgment of homosexuality in mainstream popular culture was still a rarity. Within the transnational context of this panel, Hinter Gittern is of interest also because it illustrates the typical combination of domestic normalization and romanticizing that characterizes German popular representations of prisoners – thus demonstrating the relationship between specific national penal systems and the cultural fantasies of prison life developing from these contexts.

From Cell to Cell on the radio

WRFI staff member Ke Ouyang attended the conference From Cell to Cell: The Prison in Television and Performance on October 29th held by the Cornell Performing and Media Arts department that I co-organized.  Following the conference, she produced this news feature on the topic which includes many of the conference participants.

Listen to the interview on the WRFI website here.

From Cell to Cell: The Prison in Television and Performance, Oct. 29

From Cell to Cell: The Prison in Television and Performance is a one-day conference gathering scholars, artists, and activists to explore the intersections between theatre and performance-based prison work, especially in relation to different forms of activism, and televisual representations of incarceration. This free and public event will begin at 10:00 am in the Film Forum of the Schwartz Center for the Performing Arts at Cornell University on October 29, 2016.  It is coordinated by Nick Fesette, Kriszta Pozsonyi, and Hannah Mueller. The facebook page for the event is here.

Television Beyond the Iron Curtain

My essay “Between Crossbow and Ball Gown, East and West: Class and Gender in the Cult Film Three Wishes for Cinderella (Tři Oříšky Pro Popelku/Drei Haselnüsse für Aschenbrödel)” has appeared in the anthology Television Beyond and Across the Iron Curtain, edited by Kirsten Bönker, Julia Obertreis and Sven Grampp. Newcastle upon Tyne: Cambridge Scholars Publishing, 2016.

See here for more information, including table of contents and reading sample.